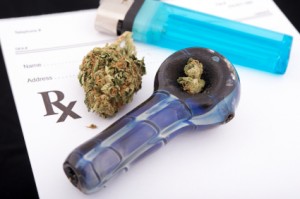 As one of the oldest medicines known to mankind, Cannabis has been used by many diverse cultures throughout history in order to treat everything from headaches to rheumatism: Indeed, it was once the go-to herb for pioneering physicians of days gone by, who praised the plant for its efficacy and relative lack of harmful side-effects.

Today, cannabis is no longer as widely used in medicine as it was in the ancient world, but is this more to do with the herb’s misleading reputation than it is to do with how safe and suitable it is as a medical resource?

The demonization of cannabis: Holding medical progress back since 1906 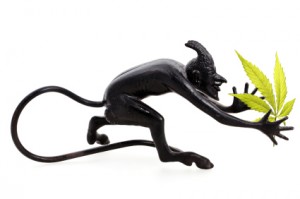 For the past century, most countries have made it illegal to cultivate or possess cannabis, with no real distinctions being made between plants grown for medicinal reasons and recreational produce.

The first half of the 20th Century brought with it a change in how the general public were led to perceive cannabis: Propaganda films like ‘Reefer Madness’ (1936) and the efforts of most western governments helped to demonise the use of this most valuable of man’s resources, temporarily extinguishing thousands of years of medical progress and making marijuana a taboo subject for most physicians to even discuss.

Looking back at the 20th Century, it is clear that past governments (and their citizens) would have benefitted from our current perspective on medical marijuana: After all, those were the days when qualified medical professionals were famous for making public announcement films about the supposed health benefits of smoking tobacco and for performing unethical experiments which involved exposing human subjects to high doses of radiation, electrical shocks and toxic chemicals.

Medical-grade cannabis has been going through a recent resurgence in popularity, given the successful implementation of legalised medical dispensaries in certain US states and in locations throughout Europe.

Whilst there is still a long way to go before GPs in every territory start prescribing cannabis to their patients, the medicine is no longer a taboo subject, meaning that the first steps towards real progress have already been taken.

As time goes by and perceptions continue to shift, expect to see governments across the globe devoting more of their resources into researching, refining and improving the medical community’s understanding and application of cannabis as a medicine.

‘Big P’ is running scared: Medical marijuana may be back for good

When it comes to some big pharmaceutical companies and the drugs they push, cannabis is often seen as a threat: After all, what company wouldn’t be scared if a naturally occurring, easy-to-grow and relatively cheap resource could produce similar (or better) results to some of its most profitable man-made drugs without as many adverse side effects?

From cancer to AIDS, multiple-sclerosis to chronic pain, cannabis has proven to be a real alternative to a number of the current legal offerings that doctors are forced to dish out in most territories.

Some unethically-operating pharmaceutical companies might not like the idea of doctors actually having the option to choose an alternative to their products: After all, the only people who would benefit would be the patients themselves…To such companies – cannabis is the slumbering giant that haunts their worst nightmares! 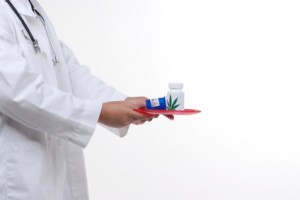 Since doctors can only prescribe substances from a carefully-controlled list to their patients, they are limited by whatever medications the pharmaceutical industry has to offer: Which means, in most territories, Cannabis is not even an option, even if it might be the best medicine available!

Anyone familiar with The Hippocratic Oath will recognise these two passages:

Whilst there is no legal requirement in place for doctors to swear this ancient oath, most physicians will live by these rules as a natural part of doing their job (they’ll also be obliged to follow an extensive, strict set of guidelines)…

Therefore, if medical cannabis was to be legalised in your territory, you can bet with some certainty that any doctor worth their salt would only prescribe it if it would help their patients without causing them harm: Just take a look at the successful medical marijuana programmes in place throughout the globe today for a slice of reality: Doctors involved in those programmes are still bound by rules and regulations – they just have more tools at their disposal – and a bit more respect from their government to make their own judgement calls.

Some commentators are saddened by the fact that pharmaceutical corporations have free reign to charge whatever price they feel like in order to hold the medical community to ransom: What kind of society are we living in when doctors are not able to get their hands on medicines that they deem fit for the consumption of their patients?

Does the future look green?

It’s been a long time coming, but a glimmer of hope now twinkles on the horizon: Medical professionals, activists, researchers and politicians are now debating the future of cannabis as a viable, cost-effective alternative to many man-made drugs.

With enough research and pressure from the public, laws may end up being relaxed in the near future to make way for a new wave of effective cannabis-based treatments: Finally, doctors will have the power to pick a natural alternative to what they currently have to work with: It’s taken a few thousand years, but that’s progress for you!

The views contained in this blog post are presented for educational and entertainment purposes only: We urge all of our readers to obey the laws of their country to the letter and to seek all of their medical advice from a qualified healthcare professional.

Marijuana: A traditional herbal remedy… or a dangerous drug? 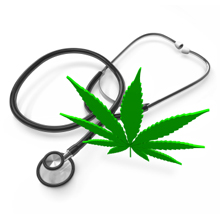 For thousands of years, Cannabis has been used as a medicine by mankind: From physicians in ancient China to the medical marijuana dispensaries that are becoming an increasingly popular sight in more liberal territories across the planet, the herb has proven to be a vital tool in the treatment of a myriad of conditions: From loss of appetite, to brain cancer, multiple sclerosis to Alzheimer’s.

Whilst some more enlightened parts of the planet might allow medical marijuana to be used and studied, the sad truth is that this natural medicine is still heavily suppressed throughout most of the world… 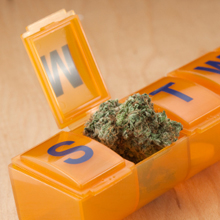 chances of marijuana ever becoming a threat to the current breed of highly-profitable man-made pharmaceuticals which dominate the medical industry: Despite the fact that it may have the potential to be a lower-risk alternative in many cases!

Before anyone can make their mind up about the safety of marijuana, the risks must first be assessed…

As with all medicines, there may be some side-effects…

Whilst marijuana is often described as a relatively safe medicine, it can end up triggering some 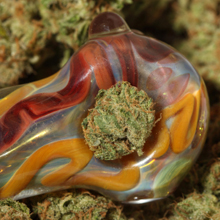 This list tells us something that any medical professional could: No medicine is without its risks – it’s just that some substances are more dangerous than others…

In order to put the dangers of cannabis into perspective, some of the risks involved in consuming the (legal pretty much anywhere) painkiller, Ibuprofen, can include:

So, given the series of risks listed above, how come Ibuprofen is so widely accepted around the world, whilst cannabis is, save for a few exceptions, regarded as an illegal substance?

The schizophrenia connection: is there really a link?

Out of the potential side-effects that cannabis has been linked to, schizophrenia is one of the most serious on the list: But new studies are unveiling evidence which might mean that the relationship between this particular form of mental illness and marijuana is not as close as researchers have previously thought…

A study which was recently conducted at the prestigious Harvard Medical School suggests that cannabis use alone is not a major factor in increasing the risk of an individual developing schizophrenia: Instead, the researchers found that the answer came down to genetics…

Whereas previous studies didn’t really separate cannabis users with a family history of schizophrenia and those without, the recent study did: And, as the results illustrated, it was this genetic disposition which was the major contributing factor – and not marijuana use alone.

Whilst no one is saying that there isn’t a link between cannabis use and schizophrenia, it is clear that more research needs to be conducted, especially given the findings of this recent study.

Cannabis: Is it safe or not?

Unfortunately, there is no definitive answer which will apply to everyone, regarding the safety of cannabis: The real question should be: How does cannabis compare to existing, legal medications, on the sliding scale of efficacy versus adverse effects?

The information and views expressed within this post are presented for educational and entertainment purposes only: We urge all readers to consult an approved medical professional before seeking any form of treatment and to strictly obey the laws of their country of residence.