This year, a green revolution is stirring in South Americas’s 2nd smallest nation… 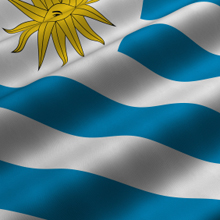 Despite taking up a fairly modest amount of space on the map and having a relatively small population (just over 3.3million, as of 2011), the country of Uruguay has some stats which would shame many larger, wealthier nations around the world:

Statistics like these paint a picture of a liberal, progressive, peace-loving and forward-looking nation that looks set to grow from strength to strength as the 21st Century progresses.

More recently, a controversial bill has allowed Uruguay to go down in the history books as the first country in the world to allow cannabis to be cultivated, sold and consumed legally: But will this prove to be a crowning achievement, or a failed experiment?

An englighted approach to cannabis

Uruguay is a country on the cusp of a revolution: But far from being a violent movement, 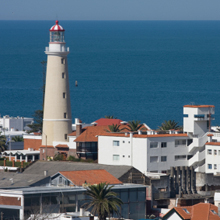 this uprising looks set to be a pretty mellow affair…

By re-thinking its laws when it comes to regulating the cultivation, trade and consumption of cannabis, officials in Uruguay hope to clamp down on illegal drug trafficking and narcotic-related violence.

The first steps towards a state-controlled marijuana market are already in effect:

This innovative approach is already inspiring lawmakers across Latin America, who are looking for bold new ways to re-think their policies, with the aim of lowering drug-related crime and violence.

$1 per gram for legalised cannabis – is this the price of freedom?

Uruguay’s motto: ‘Freedom or Death’ might give you some clues as to this nation’s mind-set when it comes to protecting its citizens’ liberty: But, given the bargain-basement prices being suggested for legal weed, has this country gone too far with its drugs laws?

Whichever way you slice it, there is no doubt that Uruguay will be under the spotlight in coming months: Whether it will prove to be a cautionary tale or a runaway success is anyone’s guess, but for now, many are hopeful that by changing a few laws, a safer, more tolerant world could be forged for everyone: In this respect, it seems, Uruguay could be setting an example for other countries to follow.

The views and information contained in this post are presented for entertainment and educational purposes only: We do not endorse any illegal activities and urge you to obey the laws of the country which you are resident in.