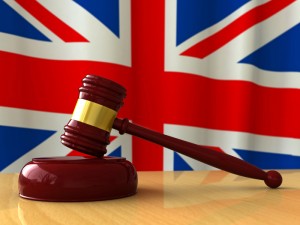 The topic of cannabis legalisation is one unopened can of worms which has many politicians and lawmakers across the UK squirming in their seats: After all, following the successful implementation of reforms across the USA and Uruguay, a steadily increasing number of individuals within the general populace would agree that the benefits most definitely appear to outweigh the disadvantages.

Cannabis as a cash-crop
70% of the UK’s land area is currently devoted to agriculture – but despite the highly developed nature of this island’s farming resources, farming is, sadly, an industry in decline…

In such a climate, some innovative farmers are turning to alternative crops to diversify and improve the sustainability of their enterprise: Cannabis, it is hoped by many, could prove to be just the crop to revitalise a dwindling sector, create new jobs and generate billions for the UK economy: And this isn’t just a bunch of smoke-blowing either…

This is only scratching the surface: If the UK can join the ranks of more liberal locales across the globe and make a positive change toward legalising cannabis, the benefits are expected to be profoundly felt by all, thanks to a number of far-reaching benefits:

Public support for legalisation is in the green

The stats collated in our infographic show us that:

These details paint the picture of a society which is ready to ask some challenging questions about where it stands with regards to cannabis legalisation: One thing is for certain – The UK government will be under increased pressure to make reforms as more and more information mounts up and other, more liberal nations begin to set the pace on the journey toward a greener, more bountiful future. 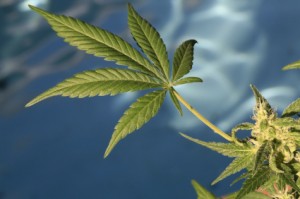 With cannabis legalisation now in full-effect throughout locations like Colorado and Washington State, as well as nationwide in the liberal-minded country of Uruguay, many people around the globe are now starting to wake up to the very real possibility of a greener future where weed is on the menu…everywhere!

With a growing number of successful examples dotting up around the planet, reformers now have even more evidence to support their cause, with prosperity, lower crime rates and improved public health being just some of the advantages being cited.

Full global legalisation might be a distant goal for now, but if the following three locations are anything to go by, it might not be a totally far-fetched idea…

In this beautiful, sun-drenched corner of the Caribbean, pro-cannabis activists are waiting with bated-breath as officials discuss the possibility of a move towards legalisation of the herb.

When one considers the fact that the nation’s sizeable Rastifarian population have traditionally used Ganja as part of their spiritual practices, the matter of local authorities criminalising this sacred herb is often viewed by some commentators as culturally insensitive and draconian.

Factor in the prevalence of the herb on this tropical paradise and you have a recipe for drug enforcement resources to be tested to breaking point.

Instead of persecuting citizens for following their religious or cultural beliefs, as well as for using a natural local resource for medical purposes, Jamaica’s legalisation movement is hopeful for the future.

As one of the world’s largest producers of hashish, Morocco already makes heavy profits from the cultivation of cannabis: In fact, some speculate that as much as 10% of the country’s economy is based around sales generated via this locally-derived, yet still illicit, crop.

Unfortunately, stats show that most of the cannabis production in morocco comes from poorer regions of the country, meaning that efforts to clamp down on growers can often hurt whole communities, who don’t always have the opportunity to make money any other way.

In a country which already supplies over 40% of the world’s supply of cannabis, many are speculating that it is only a matter of time before Morocco’s resources are funnelled elsewhere and legalisation is implemented.

It might have once seemed like an impossible dream, but for a growing number of faithful individuals throughout the UK, the prospect of cannabis legalisation is now looking to be sailing ever closer towards British shores.

As a nation which often stands ‘shoulder-to-shoulder’ with its allies across the Atlantic, many throughout the UK are pointing towards reforms in the USA which have led to the legalisation of weed in a number of states: Indeed, a growing number of Brits now believe that it is only a matter of time before their island nation follows suit.

In recent years, cannabis reform groups and individuals alike have pushed the boundaries of what might soon be possible, with attempts to open up Amsterdam-style cannabis coffee-shops now growing at an exponential rate.

For now, a huge number of people throughout the UK are stocking up on legal cannabis seeds: These can be collected without fear of prosecution, provided that they are not grown; This means that, should legalisation be pushed through, a huge library of weed genetics will be at the hands of the smart individuals who have stocked up.

Of all the ‘cash-crops’ in the world, one leafy member of the nightshade family stands proud of the competition (for now): Tobacco… 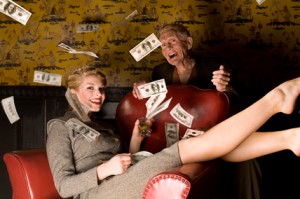 With shocking statistics like these, many proponents of the cannabis legalisation movement have openly declared their disgust as to the fact that harmful substances like tobacco and alcohol are fully legal pretty much everywhere on the planet, whilst the medicinal, naturally-occurring herb, cannabis (which many see as a useful tool in the fight against cancer) is treated as a heavily-prohibited narcotic by most governments: But why is this the case?

With a healthy dose of speculation, many activists have their own suggestions…

Colorado: A beacon of hope for a burgeoning new billion-dollar industry

Considering the fact that many people are turning to legal cannabis as a legitimate medicine, (which could even be used to treat those suffering from the effects caused by years of harmful tobacco use) or as a safer recreational alternative to the likes of alcohol, liberal-minded businesses and local governments alike are waking up to the fact that things need to change.

Following the legalisation of Cannabis in Colorado, some impressive figures have recently come to light:

Events in places like Colorado are proving that public opinion is changing on the topic of cannabis prohibition: As society is educated as to the negative effects of alcohol and tobacco – and increasingly made aware as to the potential medicinal potential of cannabis, Governments will have to change their habits: Who knows, if Colorado’s example is anything to go by, they might even profit from such a switch!